It was widely expected that US consumer price inflation would decelerate in July, reflecting the decline in energy prices that peaked in early June. The US CPI was unchanged last month following its 1.3% spike in June. This reduced the year-over-year inflation rate to 8.5% from a four-decade high of 9.1%. Oil prices have fallen […]

It was widely expected that US consumer price inflation would decelerate in July, reflecting the decline in energy prices that peaked in early June. The US CPI was unchanged last month following its 1.3% spike in June. This reduced the year-over-year inflation rate to 8.5% from a four-decade high of 9.1%. Oil prices have fallen to roughly US$90.00 a barrel, returning it to the level posted before the Russian invasion of Ukraine. This has taken gasoline prices down sharply, a decline that continued thus far in August. Key commodity prices have fallen sharply, shown in the chart below, although the recent decline in the agriculture spot index has not shown up yet on grocery store shelves. US food costs jumped 1.1% in July, taking the yearly rate to 10.9%, its highest level since 1979. 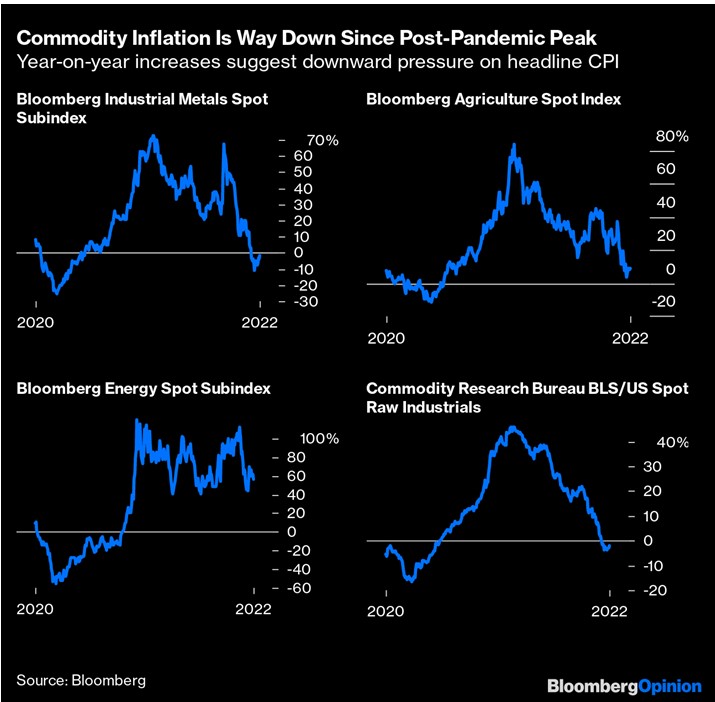 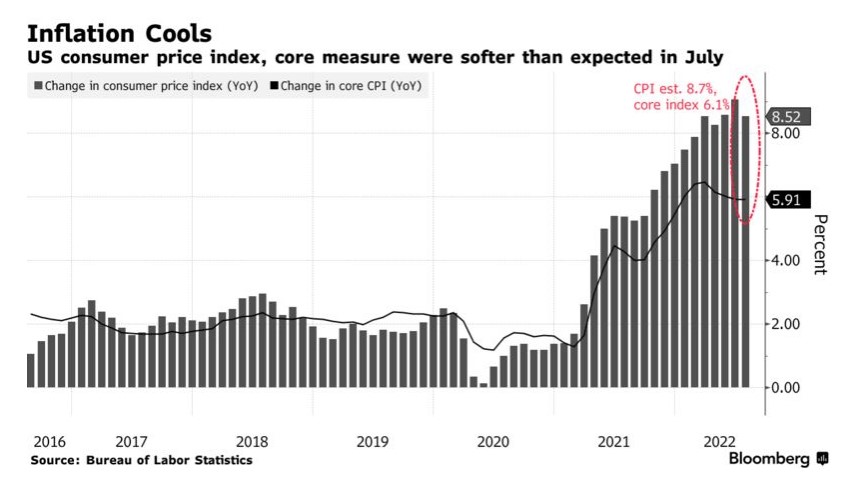 The expectation is that the softening in inflation will give the Fed some breathing room. Fed officials have said they want to see months of evidence that prices are cooling, especially in the core gauge. They’ll have another round of monthly CPI and jobs reports before their next policy meeting on Sept. 20-21.

Treasury yields slid across the curve on the news this morning while the S&P 500 was higher and the US dollar plunged. Traders now see a 50-basis-point increase next month as more likely than 75. Next Tuesday, August 16, the July CPI will be released in Canada. If the data show a dip in Canadian inflation, as I expect, that could open the door for a 50 bps rise (rather than 75 bps) in the Bank of Canada rate when they meet again on September 7. That is particularly important because, with one more policy rate hike, we are on the precipice of hitting trigger points for fixed payment variable rate mortgages booked since March 2020, when the prime rate was only 2.45%. The lower the rate hike, the fewer the number of mortgages falling into that category.

(The article is courtesy of The Sherry Cooper Assoc.)