Good News On The Inflation Front In December The Consumer Price Index (CPI) rose 6.3% year over year in December, down from the 6.8% pace in November. Much of the decline was owing to the drop in gasoline prices. Additional deceleration came from homeowners’ replacement costs, fuel oil and other owned accommodation expenses, and various durable […]

Good News On The Inflation Front In December

The Consumer Price Index (CPI) rose 6.3% year over year in December, down from the 6.8% pace in November. Much of the decline was owing to the drop in gasoline prices. Additional deceleration came from homeowners’ replacement costs, fuel oil and other owned accommodation expenses, and various durable goods. Slower price growth was offset by increases in mortgage interest cost, clothing and footwear and personal care supplies and equipment.

Excluding food and energy, prices rose 5.3% yearly last month, down only 0.1% from a gain of 5.4% in November.
The global slowdown and surging Covid cases in China contributed to the decline in crude oil prices, depressing the price of gasoline and fuel oil.

Easing supply chain pressures, lower shipping costs, and softer demand contributed to the slowdown in the price inflation for appliances and furniture.

For the third month in a row, yearly price growth slowed for passenger vehicles (+7.2%), which may reflect slowing demand for used cars.

On a year-over-year basis, homeowners’ replacement cost (+4.7%) and other owned accommodation expenses (+2.5%) continued to slow as the housing market continued to cool, putting downward pressure on the CPI.

The mortgage interest cost index continued to put upward pressure on the CPI amid the ongoing higher interest rate environment, rising 18.0% yearly in December following a 14.5% increase in November.

Food price inflation remained high last month at 11% compared to 11.4% in November. Food price growth has hovered around 11% over the previous five months.

The core CPI metrics slowed (see chart below), but only inappreciably. Two key yearly measures tracked closely by the central bank — the so-called trim and median core rates — edged lower, averaging 5.15% from an upwardly revised 5.25% a month earlier. Economists were expecting a reading of 5.05%.

One significant concern of the Bank of Canada is inflation expectations that cause workers to demand higher wages and businesses to pass through higher costs on to the consumer. The Bank’s latest surveys show that consumer and business expectations of inflation remain elevated.

According to the Bank’s consumer survey, “Yet consumers are still concerned about inflation, and some are uncertain about the effectiveness of tightening monetary policy. More than three-quarters of people understand that the Bank aims to reduce inflation by raising interest rates. But the share of those who believe that increasing rates will lead to lower inflation remains small at around two-fifths of respondents.”  Consumers appear to believe that inflation will be at just over 5% two years from now, well above the 2% target. 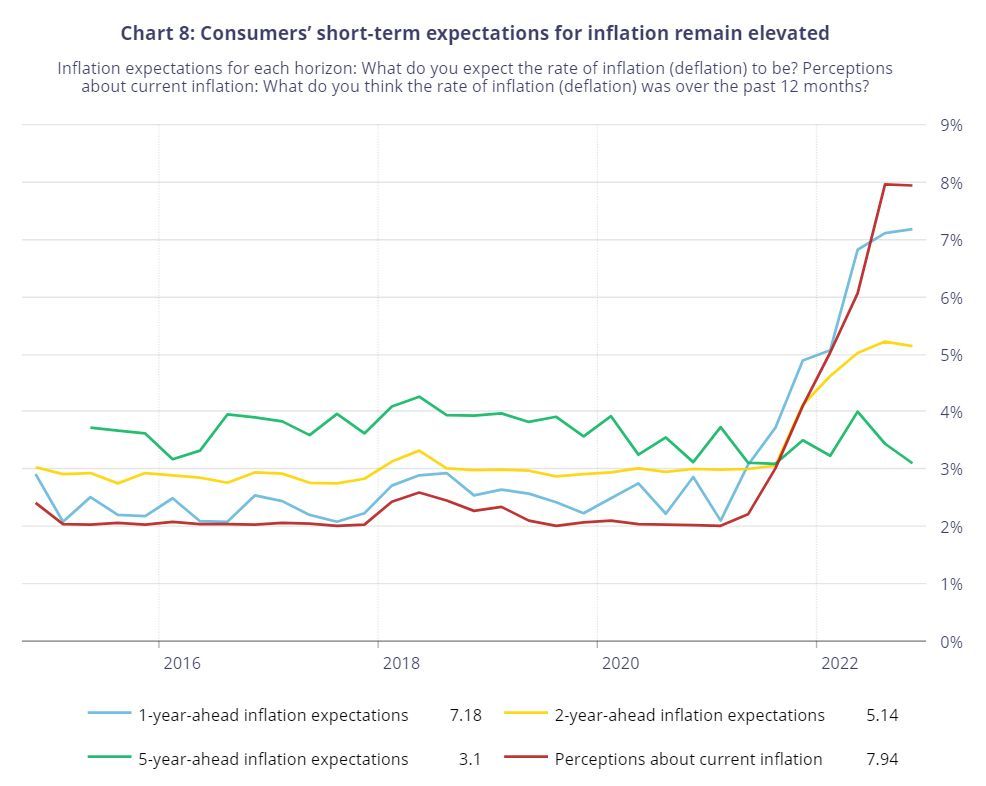 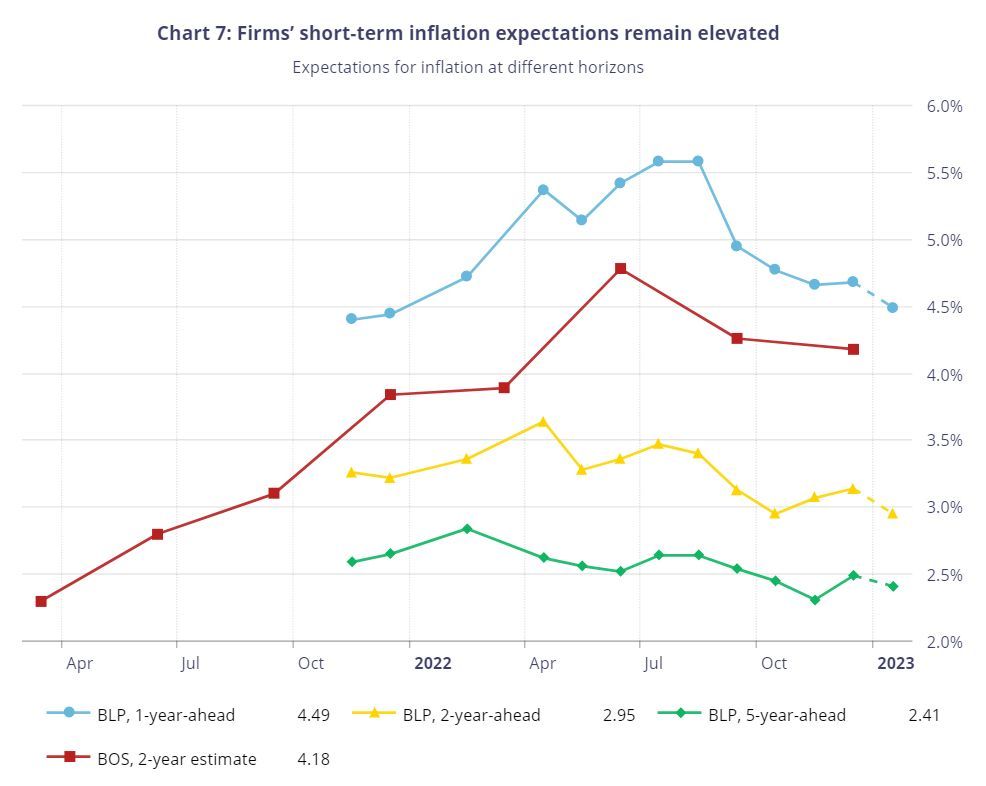 The dramatic monetary tightening in the past nine months has slowed headline inflation. The decline in December, however, was primarily due to seasonality and a significant drop in gasoline prices. Core inflation eased only marginally. Underlying price pressures remain sticky. The Bank of Canada will likely hike rates by another 25 bps at next week’s meeting. Beyond that, the Bank might pause, at least for a while, depending on the incoming data.

It won’t surprise me if they resume their tightening later this year. I do not expect any rate reductions in 2023.

(This article is courtesy of the Sherry Cooper Assoc.)